I recently received an email from Erik, along with his recollections on the Chickow and a picture too! 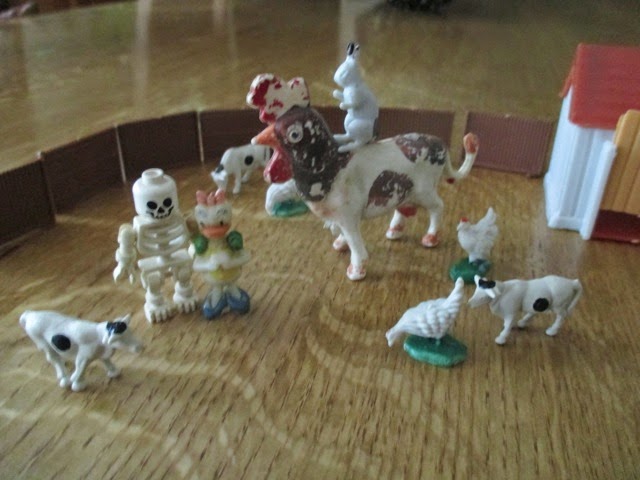 "Hi,  As my eye roved across my messy desk just a few minutes ago I spied my chickcow. It is the last of maybe five of them that I originally had. Noticing the Steven Mfg embossed on the leg I thought it was a good time to see if I could scare up anything on these.

It was back in the 80s, living in Boston and along the way to a bar where we used to go eat sometimes we stopped in at a hole in the wall junk store that was open. On the counter was the box of mixed up animals and this is what caught my eye, particularly the chickcow. These, to me, stood out for some reason and I picked out and bought all of them. The shop owner, seeing my selections, burst out laughing and told us that the last time he had a box of these someone also bought all the chickcows!

I really don’t know why I only have one at this point but I’m glad I do. A few more would be better, of course but that’s the way it goes. To think about it I can’t imagine deciding that I have too many chickcows, one is enough. Did some friend or housemate taking a casual poke through my stuff think hey that’s cool, he’s got a few of them, he won’t miss one and so on?

No, I have to say that at this point I really am of a mind that to have as many chickcows as possible would be a worthwhile endeavor.

Cast iron flies are more plentiful but that’s another story for another time."

Thanks for the awesome Chickow memory, Erik!
Posted by Bubbashelby at 11:55 AM 2 comments: 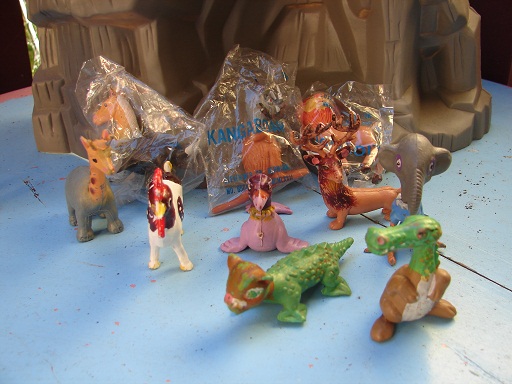 I've had a full set of MUZAs for a year or two now, but I've never photographed them all together. I only have one of each animal, since I have done a lot of trading to get the ones I have, and I have gladly given up doubles so others could try to complete their collections too. I'm proud to have a few in package (a rare sight) - Kittiorse, Liolope and Kangaboar, as well as a tagged example: Ostraphant.

I'm extremely proud of this collection, due in no small part to the fact that zero information on these toys existed on the internet before I took up my mad quest to track them all down.

All thanks to this silly guy right here - the one that sparked my imagination over 30 years ago when I first encountered him and again about ten years ago when I took up the quest to find him again: The Rabbagator: 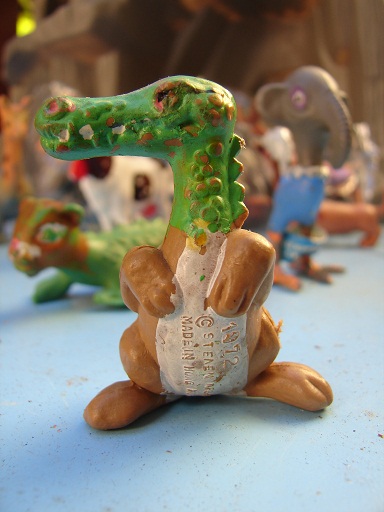 Thanks to every one who helped me find info and the figures themselves throughout the years! And if you have your own MUZA collection you want to share with the world send me an email and I'll get them on the blog!
Posted by Bubbashelby at 9:39 PM No comments:

I was recently contacted by Boglárka who has a Liolope and Dachsheer for sale:

"There is not so much mystery behind the scene: I'm living in Romania, and I'm obsessed with flea markets and second hand shops. One of my favorite "goldmines" is selling things from The Netherlands. I found an attractive, big box full with vintage plastic figures, soldiers, cowboys, an astronaut, and 2 really funny looking guys...I got really curious, that's how I luckily came across your blog.

I'm happy that they are appreciated so much, so I would love to sell them to someone who would take good care of Dasheer and Liolope." 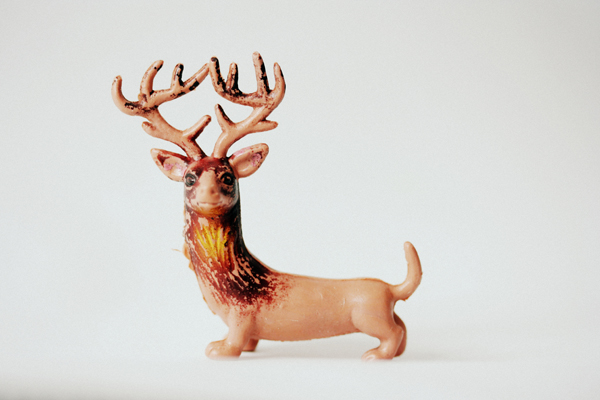 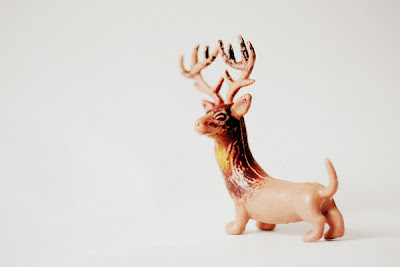 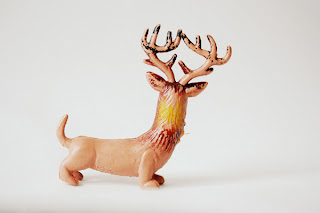 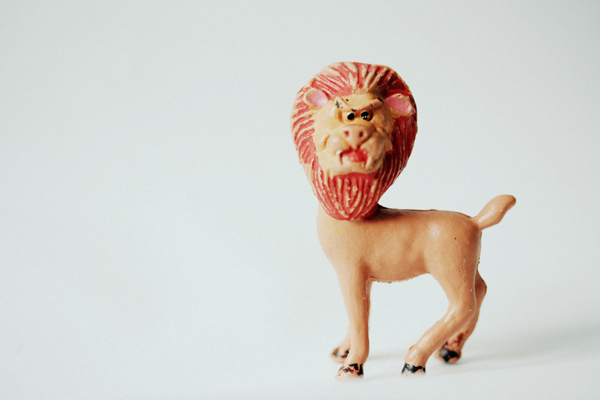 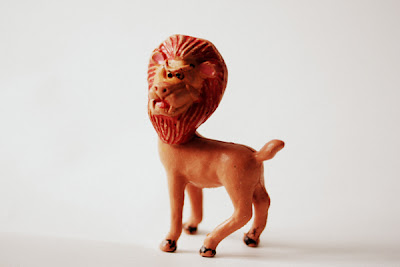 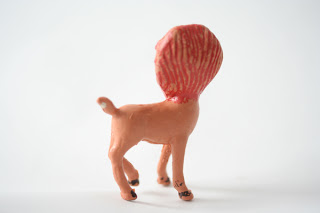 Thanks Boglárka! Great pictures, and it's really neat to know MUZAs are being found all over the world!

If you are interested in purchasing these MUZAs from Boglárka (and are in or near Romania) contact thistlelittle@gmail.com
Posted by Bubbashelby at 11:07 AM No comments:

The Mother of all MUZA Collections - and it's for sale!

Ten years ago Mike attended a toy convention in the Chicagoland area (only a few hours from Hermann MO, where the Mixed Up Zoo Animals originated!) and came away with an original Mixed Up Zoo Animals display box - full to the brim with minty fresh 15 cent tagged MUZAs!

And the best part is THEY ARE ALL FOR SALE (including the box!) - contact Mike at mike.mccann91@yahoo.com if you are interested!

I think it is safe to say that no one's MUZA collection is as complete as Mike's. He has the freaking display box! Possibly the only one still in existence!

I am so honored to present Mike's pictures and to be able to look upon the original box for the first time since buying my humble Rabbagator over thirty years ago. 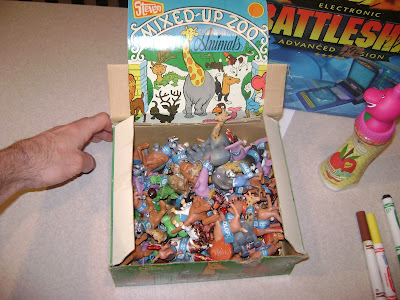 I'm almost positive this is how they were displayed when I purchased my first Rabbagator back in the late seventies. Unlike the packaged examples, I do remember mine being unwrapped and in the presence of many of its cronies. Of course this now leaves the question: how were the packaged figures sold/displayed? The world may never know.

But just imagine walking into your local dimestore back then and BAM you are eye to eye with this box of awesome! 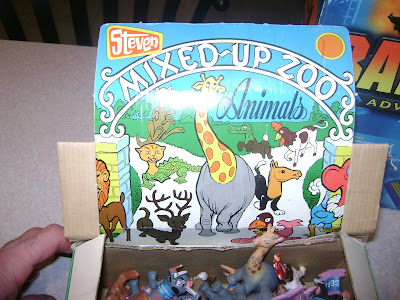 And the cartoony box art. Oh Em Gee I LOVE IT! 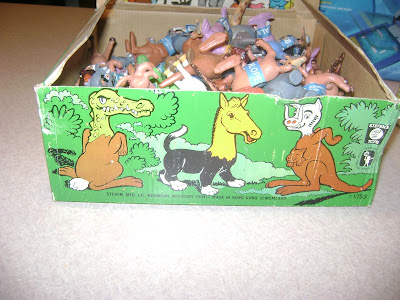 Look at that Rabbagator right there - no wonder that's the one I went home with that fateful day! 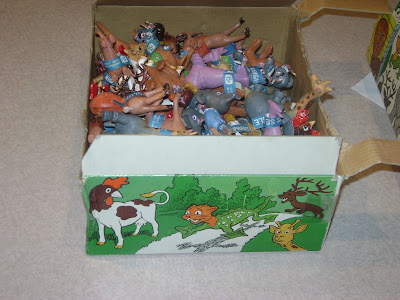 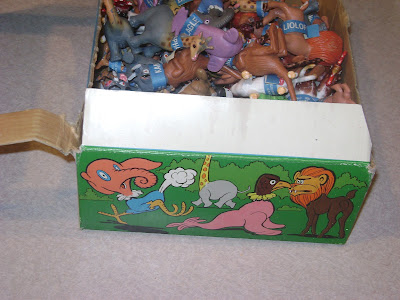 Uh oh, looks like Sealag and Liolope are gonna have words! 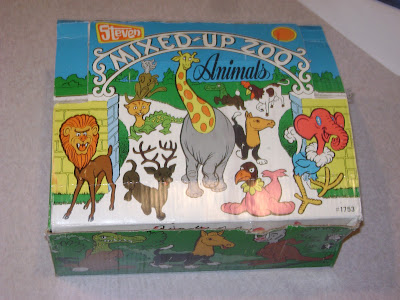 NOSTALGIA BOMB!!! Now that right there is some GLORIOUS seventies box art.

And look how crisp and minty they all are: 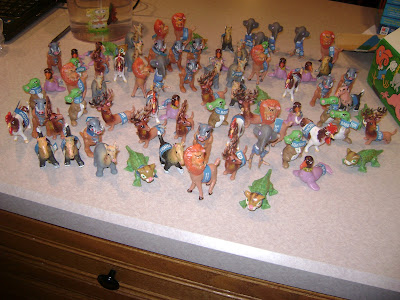 This discovery also cements the accepted but never before actually proven theory that there were only ten MUZA designs. Comforting, since I will be getting the last two I need from Mike, and once they arrive I will finally have completed a full MUZA set!

I am so jealous right now, but also so very thankful to see that someone out there had the presence of mind to preserve this wacky toyline's retail box. What an awesome discovery - thank you so very much to Mike M. for sharing these with us!

Posted by Bubbashelby at 6:47 PM No comments:

Labels: ALL THE MUZAS, box art, welcome our newest member

I recently received an awesomely enthusiastic email from Dave S. telling me about his discovery of MUZAs and my blog. 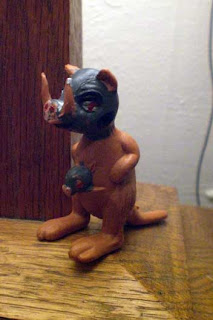 Dave also included pics of his one and only (so far) MUZA, the Kangaboar! 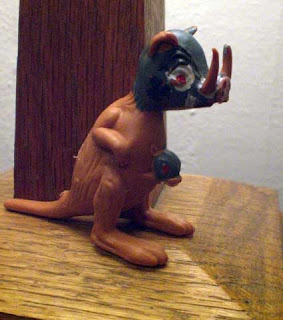 Dave said "I have hartland horribles & more , & all i do is think about toys, so I got a kangabaor by accident, & now my mind is blown , completely by these mixed up zoo animals, I seriously cant believe how cool they are." 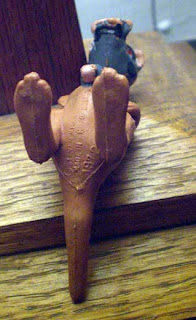 I share Dave's enthusiasm for MUZAs and toys in general. Welcome to the club, Dave! Posted by Bubbashelby at 11:57 AM No comments:

The following Catagator and Kangaboar were recently sold on eBay for ten bucks each. Too rich for my blood but a fair price in my opinion. 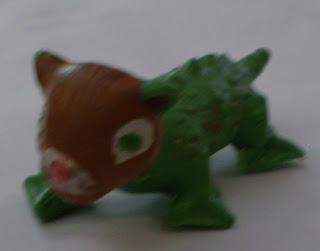 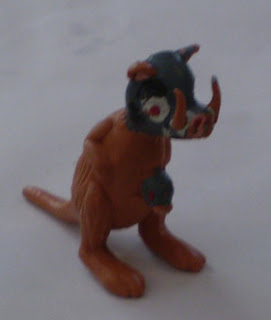 Posted by Bubbashelby at 11:49 AM No comments:

I was recently contacted by a fellow named Mariano, who wanted to share his MUZA collection with us all! Thanks for the pics Mariano, and welcome to the Alliance! 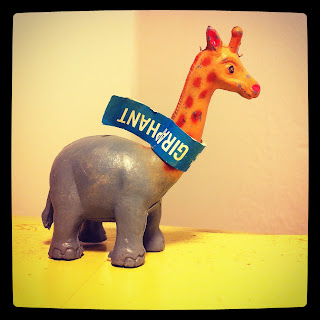 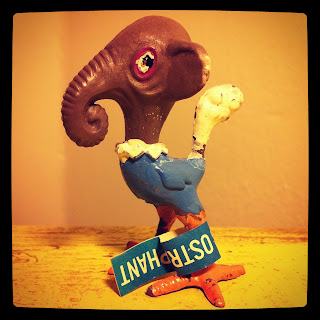 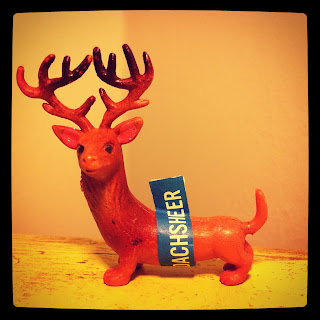 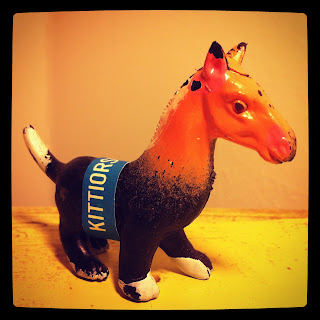 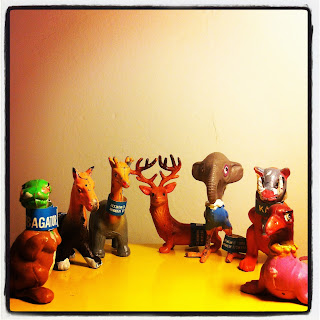 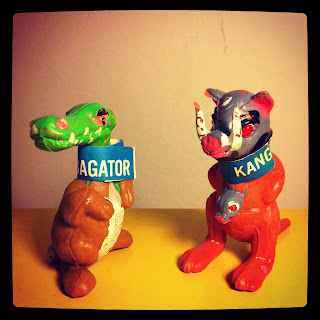 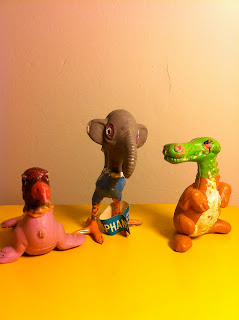 These last three (Sealag, Ostriphant and Rabbagator) are in an image titled 'for trade,' so if you want to talk to Mariano regarding trading for these let him know at: mariano_franco@hotmail.com
Posted by Bubbashelby at 2:15 PM 1 comment:

Look no further; You have discovered the web's preeminent (and as far as I know 'only') source on this obscure and absurd set of toys.

Pull up a chair and sit a spell, and read of the legend, the myth, the reality that is Mixed-Up Zoo Animals!

If you have additional information or photos, or some MUZAs for sale, please contact me at bubbashelby@gmail.com

Wanna join the MUZA Collector's Alliance? Send a picture of your MUZAs to bubbashelby@gmail.com and I'll post it here!